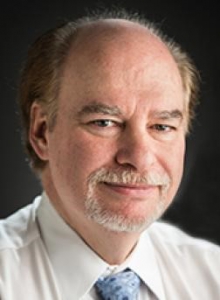 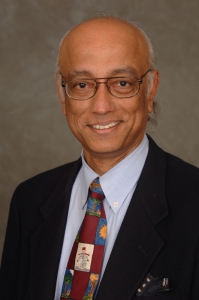 Dr. Steven Seidner, M.D. is a neonatologist in San Antonio, Texas. He is currently licensed to practice medicine in Texas. He is affiliated with University Health System and Laredo Medical Center.

Christopher Stille, MD, MPH is Professor of Pediatrics and Section Head of General Academic Pediatrics at the University of Colorado School of Medicine and Children’s Hospital Colorado. He leads a very active group of roughly 60 pediatric faculty, practices and teaches primary care pediatrics, and conducts pediatric health services research and quality improvement focused on improving systems of care for children and youth with special health care needs (CYSHCN) in the Medical Home. He has a particular interest in improving coordination of care between primary care clinicians, subspecialists and family members. He has led projects funded by the U.S. Maternal and Child Health Bureau (MCHB), the Robert Wood Johnson Foundation, the Lucile Packard Foundation for Children’s Health, and local and regional funders to pursue this investigation. Since 2017, he has been Principal Investigator of a MCHB-funded national network to conduct health systems research for CYSHCN, CYSHCNet (www.cyshcnet.org).

Dr. Stille is a co-chair of the Standing Committee on Patient Experience and Function of the National Quality Forum. Additionally, he is Membership Chair and a member of the Executive Committee of the Council on Children with Disabilities of the American Academy of Pediatrics, and has been a member of several expert panels convened by the U.S. Maternal and Child Health Bureau on topics including establishing an evidence base for the Medical Home and access to pediatric specialty services for CYSHCN.

Dr. Subramanian is boarded in Pediatrics and Neonatal Perinatal Medicine. He joined Georgetown University after his residency and fellowship training in 1974. He is currently Professor of Pediatrics & Obstetrics and Gynecology, and Chief of Neonatology at Georgetown University Hospital. He has published more than 100 articles, abstracts, and scientific presentations nationally and internationally. Research interests include infant mortality reduction, trace element metabolism in infants, neonatal immunology, and Bioethics. Recipient of NIH grants for the last 23 years and numerous other research grants. He teaches at GU Medical Center and Medstar Georgetown University Hospital about Pediatrics, Neonatology, and Religious traditions in Health Care and Complementary and Alternative Medicine.

Dr. Subramanian served in the Institutional Review Board, Dean’s Council on Bioethics, Chairman of Hospital Ethics Committee, Chairman of Pediatric Ethics Committee, Chair of GUMC Research Committee, and Committee on Appointment and Promotion at GUMC. He is currently a Senior Ethicist at MGUH and a Faculty associate at Kennedy Institute of Ethics. He was featured in a cover article on “Preemies” in Newsweek, Washingtonian magazine, and on the cover of GUMC web magazine. He was honored as Teacher of the Year in 1981, given the MAGIS Award for Excellence in Teaching in 2007 at GUMC, and Kaiser Permanente Clinical Teacher Award in 2007.

Dr. Subramanian is involved in Interfaith education and dialogue. He was a cofounder of the Hindu American Community Service Incorporation 2009 which helps the Bhutanese refugees, serves in DC Central Kitchen serving more than million meals till now and in MD and VA. And he continues to serve as a Board of Director till now. He was also a Board of Director of HASC and conducted several conferences at The Whitehouse 2008 – 2016.