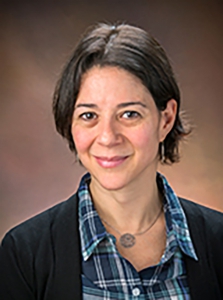 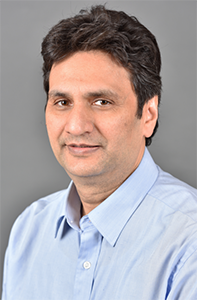 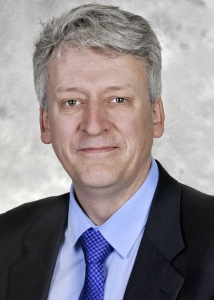 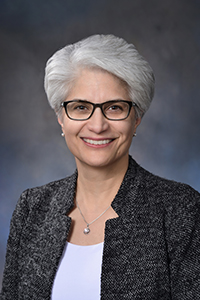 Dr. Pankaj Agrawal, MD, MMSc, is a neonatologist and researcher within the Division of Newborn Medicine and Division of Genetics & Genomics at Boston Children’s Hospital, and an Associate Professor of Pediatrics at Harvard Medical School, Boston, MA. He is Director of the Neonatal Genomics Program focused on understanding the role of genomic technologies in newborn care and screening. He is Medical Director of The Manton Center Gene Discovery Core where he works to determine the genetic and molecular basis of many undiagnosed Mendelian diseases. His own laboratory focuses on determining genetic and molecular basis of various congenital myopathies and determining the downstream functional consequences of various genetic variants. He is an Associate Member of the Broad Institute of MIT & Harvard. He has published more than 85 papers in several high impact journals including New England Journal of Medicine, Journal of Clinical Investigation (accepted manuscript), European Respiratory Journal, Developmental Cell, Brain, Annals of Neurology, JAMA Neurology, JACC, Genetics in Medicine, American Journal of Human Genetics, PLOS Genetics, Human Molecular Genetics, Human Mutation, Human Genetics, Pediatrics, JAMA Pediatrics. He has been funded by various foundations, and NIH grants including K08, R01, U19 and UM1 grants for his research. He has received several awards for his clinical and research work and has presented his research in several national and international forums and conferences.

Brian Alverson, MD is Professor of Pediatrics at Brown University and is the Director of the Division of Pediatric Hospital Medicine at Hasbro Children’s Hospital. He is also the Director of Undergraduate Medical Student Education in Pediatrics at the Warren Alpert School of Medicine at Brown University. Dr. Alverson trained at the University of Pennsylvania School of Medicine, and then attended his pediatric residency at the Children’s Hospital of Philadelphia, where he stayed on for a year as Chief Resident. He has been running the Hospitalist Division at Hasbro Children’s Hospital since its inception. Dr. Alverson’s research and writing focus is inpatient management of pediatric respiratory conditions and medical education. Dr. Alverson was on the guidelines committee for the IDSA’s 2011 guidelines on Pediatric Pneumonia and also served on the guidelines committee for the AAP’s 2014 guidelines on bronchiolitis. He is a co-editor of the textbook “Step Up to Pediatrics”, and is the author of over one hundred peer and non-peer reviewed publications. In addition to his clinical work, Dr. Alverson is a previous Chair of the Executive Committee for the Section on Hospital Medicine for the American Academy of Pediatrics and prior to that served on the Editorial Board for the journal Hospital Pediatrics. Locally in Rhode Island, Dr. Alverson was responsible for reform of HIV testing laws, has served on a state congressional commission, and is an active advocate for the health of children. In his free time Dr. Alverson is an avid outdoors enthusiast, an active classical violinist, and an occasional bluegrass fiddler.

Dr. Bertuch is the Director of the Bone Failure Program at Texas Children’s Hospital and is an internationally recognized leader in the fields of telomere biology and bone marrow failure, impacting both basic and translational fields of study. Her research has been funded by the National Institute of General Medical Sciences, the National Heart, Lung, and Blood Institute, Cancer Prevention and Research Institute of Texas, American Society of Hematology and Hyundai Hope on Wheels, and has been published in a variety of journals including Blood, Cell Reports, Clinical Genetics, Human Mutation, Nature Structural and Molecular Biology, Pediatric Blood & Cancer, and Scientific Reports. She has been elected to the Society for Pediatric Research and the American Society for Clinical Investigation.

She is the current Chairperson of the NIH Molecular Genetics B study section. She was Co-Chair of the 9th International Congress on Shwachman-Diamond Syndrome and Vice-Chair and Chair of the American Society of Hematology Scientific Committee on Bone Marrow Failure in 2018 and 2019, respectively. She served as an inaugural Executive Committee Member of the North American Pediatric Aplastic Anemia Consortium from 2013-2016, and continues on as a member of the Steering Committee. She is on the Scientific Advisory Board of the Shwachman-Diamond Syndrome Registry and on the Medical Advisory Board member for the Team Telomere, a worldwide community for families affected by dyskeratosis congenita and related telomere biology disorders.